Secure Your future in

Fill out my online form. 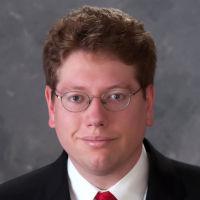 Professor John T. Plecnik’s scholarship focuses on the intersection of taxation and public policy. Internationally recognized for his work, Professor Plecnik won the prestigious Bilateral Grant twice from the Public Research Agency of the Republic of Slovenia, and his research has been cited as authority by the Supreme Court of the United States.

Following his graduation from law school, Professor Plecnik joined the Wall Street law firm of Thacher Proffitt & Wood LLP as an ERISA attorney. He then served as a law clerk to Judge David Gustafson of the United States Tax Court and as an Adjunct Professor of Law at Georgetown University Law Center, where he taught Tax Penalties & Tax Crimes.

In the past, Professor Plecnik served as Chairman of the Willoughby Hills Recreation Commission and Vice President of the Board of Trustees for the Willoughby-Eastlake Public Library System.